With well over four decades of experience, Mick Walker’s motorcycling career has been comprehensive to say the least. He has ridden in most forms of motorcycle sport, and has been the British importer for several makes of exotic Italian race-bred machines. Between 1983 and 1987 he was editor of Motorcycle Enthusiast and in 1985 his first book was published. Since then he has published over ninety books covering the history and development of motorcycles from several countries. Mick has also applied his expertise as a tuner, team manager and coach, where his skills have guided many to stardom, including World Superbike Champion, James Toseland. 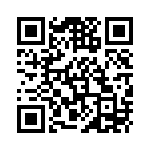