This is fantastic writing and it had me glued to a very slow-moving story. At 25% into the book I see it going into a paranormal story that I don't want to read, so I'm going to abandon it. I like ... Read full review

Ksenia was born in Moscow, Russia, and came to US in 1998 not knowing English, having studied architecture and not dreaming that one day she'd be writing. She lives in Seattle with her boyfriend and their combined three kids in a house that they like to call The Loony Bin. 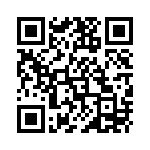