Jennifer Lackey is the Wayne and Elizabeth Jones Professor in the Department of Philosophy at Northwestern University. She is the author of Learning from Words: Testimony as a Source of Knowledge (OUP 2008), the editor of Academic Freedom (OUP 2018) and Essays in Collective Epistemology (OUP 2014), and a co-editor of The Epistemology of Disagreement: New Essays (OUP 2013) and The Epistemology of Testimony (OUP 2006). Jennifer is the winner of the Dr. Martin R. Lebowitz and Eve Lewellis Lebowitz Prize for Philosophical Achievement and Contribution (2015) and the Young Epistemologist Prize (2005). Her work has been supported by the Mellon Foundation, the American Council of Learned Societies, the National Endowment for the Humanities, and the Alice Kaplan Institute for the Humanities. 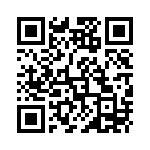