Took forever to finish. Read it as ebook. Didn't realise how thick the actual book is. I guess that's a good thing as it may have put me off. Lots of good character development, was able to relate to ... Read full review

Big disappointment.. Although I love historical fiction, this one was just ultra boring. - Characters: One would think that you get the feeling of "knowing" the main characters after reading such a ... Read full review

Ken Follett's career as a bestselling author has spanned more than three decades. He is the author of numerous immensely popular books, including Eye of the Needle, Triple, The Key to Rebecca, The Man From St. Petersburg, On Wings of Eagles, Lie Down With Lions, The Pillars of the Earth, A Dangerous Fortune, The Third Twin, The Hammer of Eden, and World Without End. He lives in England with his wife, Barbara Follett, a British M.P. 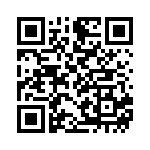