William H. Frederick, PhD (1978) University of Hawaii at Manoa, teaches Southeast Asian History at Ohio University (USA). He is the author of Visions and Heat. The Making of the Indonesian Revolution (Ohio University Press, 1989) and other works on modern Indonesian history.

Iris Heidebrink, Archivist at the National Archives, The Hague, since 1982, studied Cultural Anthropology at the VU University Amsterdam and Language and History of Indonesia at Leiden University. She published mainly on archival policies.

Peter Post, PhD (1991) in Social Sciences, VU University Amsterdam, is a senior-researcher at the Netherlands Institute for War Documentation. He is co-editor of Japan, Indonesia and the War: Myths and Realities (KITLV Press, 1997).

Shigeru Sato, PhD (1991) in Asian and International Studies, Griffith University, is a lecturer in Asian Studies at Newcastle University. He is the author of War, Nationalism and Peasants: Java under the Japanese Occupation 1942-1945 (Allen & Unwin and M.E. Sharpe, 1994). 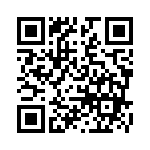