Dr. Joel Rodriguez-Saldańa is a certified internist and diabetologist. He was professor of Medicine at the National University of Mexico (UNAM) from 1980 to 2002 and was previously appointed to several professional positions in secondary and tertiary care hospitals in Mexico City. Starting in 1990 he has devoted to develop and implement an effective model of outpatient diabetes care. Since 1995 he has been associated with the International Diabetes Center from Minneapolis to implement Staged Diabetes Management, a structured program devoted to improve the quality of diabetes care. As head of research from 2001 to 2007 in Hidalgo, Mexico, Dr. Rodriguez-Saldańa devised and implemented the state’s diabetes program, in 2007 he developed and implemented the national diabetes program at ISSSTE, a social security institution that delivers health care to government employees in Mexico and in 2008 he received a grant from Instituto Carlos Slim de Salud to implement and pilot test the Chronic Disease Model for prevention and management of diabetes and cardiovascular risk factors with unprecedented levels of effectiveness in Mexico. Dr. Rodriguez-Saldańa was the former medical president of the Mexican Diabetes Federation and his professional memberships include the American College of Physicians, the American Heart Association, and the American Association of Diabetes Educators. He has delivered lectures on diabetes, cardiovascular risk factors and geriatrics in Mexico, the United States, Canada and South Africa. He has received 35 professional awards, including the first “Donell D. Etzwiler” for achievements in diabetes care, the Pan-American Health Organization, and the American Association of Diabetes Educators. He has co-authored 10 books and guidelines about diabetes, and has published 31 articles in Mexican and international peer reviewed journals. Since 2003 he is the General Director of REMEDI and has established Multidisciplinary Diabetes Centers in Mexico City, Pachuca and Reynosa and a statewide program in Tlaxcala, devoted to improve the quality of health care in Mexico and Latin America through outpatient diabetes care, continuing medical education, and clinical research. 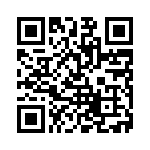