Richard A. Knaak is the New York Times bestselling author of some three dozen novels, including the The Sin War trilogy for Diablo and the Legend of Huma for Dragonlance. He has penned the War of the Ancients trilogy, Day of the Dragon and its upcoming followup, Night of the Dragon. His other works include his own Dragonrealm series, the Minotaur Wars for Dragonlance, the Aquilonia trilogy of the Age of Conan, and the Sunwell Trilogy—the first Warcraft manga. In addition, his novels and short stories have been published worldwide in such diverse places as China, Iceland, the Czech Republic, and Brazil. 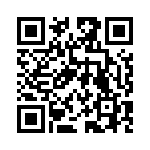