Chicago native Richard Warrington Baldwin Lewis, the son of Leicester and Beatrix (Baldwin) Lewis, was born on November 1, 1917. Lewis was educated in Switzerland, at Phillips Exeter Academy, at Harvard University, at the University of Chicago, where he received his M.A. in 1941. Lewis spent World War II engaged primarily in intelligence work for the British. Following the war, he began a long academic teaching career, focused mainly on American literature and social studies, at Bennington College and Princeton, Rutgers, and Yale universities. Lewis has created such critical and biographical books on authors and 19th-century United States history as The American Adam (1955), Edith Wharton (a 1975 biography that won the Pulitzer Prize, Bancroft, and Critics Circle awards), and The Jameses: A Family Narrative, about author Henry James and his family. 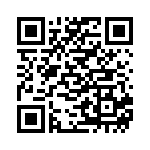