Peter Suber, widely considered to be the de facto leader of the worldwide open-access movement, is Director of the Harvard Office for Scholarly Communication, Director of the Harvard Open Access Project, Faculty Fellow at the Berkman Center, Senior Researcher at SPARC, and Research Professor of Philosophy at Earlham College. He is the author of Open Access (MIT Press), named by Choice as an Outstanding Academic Title for 2013. 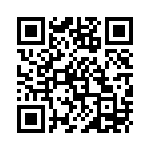