Marie Mongan, M.Ed., M.Hy., is the founder of HypnoBirthing; she is a life-long educator, former college dean, clinical hypnotherapist, and Director of the HypnoBirthing Institute. She is the recipient of the 1995 National Guild of Hypnotists President's Award and received the coveted Charles Tebbetts Award in 2000, followed in 2009 with being given the highest distinction awarded by the National Guild of Hypnotists, being named for the recognition she has brought to hypnotherapy. In 2013 she was presented with the LifeTime Achievement award from the International Assn. of Counselors and Therapists, being named to this honor for the recognition she has brought to hypnotherapy. Ms. Mongan lives in New Hampshire, but spends much of her time on planes, as do many of the other faculty members of the Institute, teaching in many of the 46 countries where HypnoBirthing is practiced. She is the mother of four adult children, all born using the techniques upon which HypnoBirthing is based. 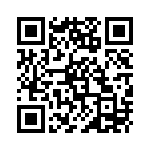