Eric H. Cline is Associate Professor and the Chair of the Department of Classical and Near Eastern Languages and Civilizations at The George Washington University. The author of more than eighty articles, his most recent books include Biblical Archaeology: A Very Short Introduction and From Eden to Exile: Unravelling Mysteries of the Bible.

Mark W. Graham is Associate Professor in the Department of History at Grove City College, Pennsylvania. He has published numerous articles in scholarly journals and has contributed chapters to several books including Encyclopedia of Greece and the Hellenic Tradition and Encyclopedia of the Empires of the World. He is the author, most recently, of News and Frontier Consciousness in the Late Roman Empire. 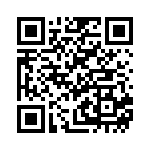