Francis D. Cogliano is a Reader in History at the University of Edinburgh and the author of Revolutionary America, 1763-1815: A Political History. 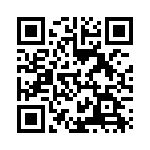