Similar to his last one - "You Are Not So Smart", but I found this one to be a bit more boring. Some of it is a retread from the last book, or similar enough to the last one just in changed up ways ... Read full review

I devour pop psychology books, the nonfiction equivalent of potato chips. This one was had a heavy dose of studies, some going back several decades. Studies verified a variety of individual and group behaviors. 'Looking forward to reading the prequel. Read full review

David McRaney is a journalist and self-described psychology nerd. He has written for several publications, including The Atlantic and Psychology Today. He lives in Hattiesburg, Mississippi. 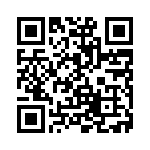