Karel Thein is Professor of Philosophy at the Faculty of Arts, Charles University, Prague, Czech Republic. His research focuses on ancient thought, including philosophy and its relation to visual arts and poetry. He is no less interested in the general question of imagination as an important facet of human nature, and in the presence of antiquity in contemporary thought and culture. Naturally, he keeps working on how all these issues are related. His publications in English and French include several monographs on Plato and numerous articles and chapters on philosophy and art. 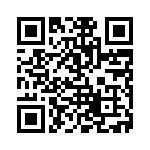