A.E. Samaan is an investigative historian, photographer, and industrial designer. He is a CMATH Champion at the Center for Medicine After the Holocaust. His main literary work is the Eugenics Anthology, which covers the history of eugenics and scientific racism from its onset in the scientific revolution on through WWII and The Holocaust. 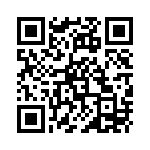