Sergius Bulgakov (1871 1944), the twentieth century's leading Orthodox theologian, left the Soviet Union in 1923 and spent the rest of his academic career as dean and professor of dogmatic theology at Saint Sergius Theological Institute in Paris. His major works include The Philosophy of Economy, The Unfading Light, The Friend of the Bridegroom, The Burning Bush, The Lamb of God, and The Comforter.

Thomas Allan Smith is associate professor of the history and theology of Eastern Christianity at the University of St. Michael s College, Toronto. 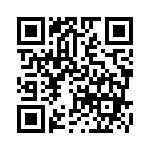