College athletes for hire: the evolution and legacy of the NCAA's amateur myth

Unsportsmanlike Conduct (LJ 10/1/95), written by former National Collegiate Athletic Association (NCAA) president Walter Byers, is used here as a platform to launch a discussion of the NCAA and its ... Read full review

ALLEN L. SACK is Professor of Sociology and Management at the University of New Haven. He played defensive end on Ara Parseghian's 1966 National Championship football team and was drafted by the Los Angeles Rams. In 1981-82 he was the Director of the Center for Athletes Rights and Education, and he is currently the Coordinator of the Management of Sports Industries Program at the University of New Haven.

ELLEN J. STAUROWSKY is Associate Professor of Sport Sciences at Ithaca College. As a former college athlete, coach, and athletic director, she brings a unique blend of academic credentials and practical insight to the problems facing intercollegiate athletics. 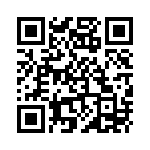