ALTRUISM: The Power of Compassion to Change Yourself and the World

An overlong but vigorous gloss on the Dalai Lama's famous remark, "My religion is kindness." Former geneticist and longtime Buddhist monk Ricard (Happiness, 2012, etc.) sets out to prove that true ... Read full review

Matthieu Ricard is a Buddhist monk, an author, translator, and photographer. He has lived, studied, and worked in the Himalayan region for over forty years. The son of French philosopher Jean-François Revel and artist Yahne Le Toumelin, Matthieu was born in France in 1946 and grew up among the personalities and ideas of Paris' intellectual and artistic circles. He earned a Ph.D. degree in cell genetics at the renowned Institut Pasteur under the Nobel Laureate Francois Jacob.

In 1967, he traveled to India to meet great spiritual masters from Tibet. After completing his doctoral thesis in 1972, he decided to concentrate on Buddhist studies and practice. Since then, he has lived in India, Bhutan, and Nepal and studied with some of the greatest teachers of that tradition. He is the author of several books including The Monk and the Philosopher, a dialogue with his father; The Quantum and the Lotus, a dialogue with the astrophysicist Trinh Xuan Thuan; Happiness: A Guide to Developing Life's Most Important Skill; and Why Meditate? His books have been translated into over twenty languages. 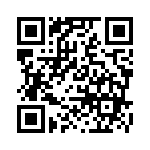