A special thank you to NetGalley for an ARC in exchange for an honest review. This book was a solid 2.5 out of 5 for me. There was some really good information here, but completely bogged down by the ... Read full review

This book is a solid 4 stars based on content alone since I haven’t completed the weight loss plan yet. What I love most about this book is that Dr. Phil McGraw focuses a lot on correcting mind and ... Read full review

"Dr. Phil" (Phillip C. McGraw, Ph.D.) is the host of America’s number one daytime talk show and is perhaps the most well-known expert in the field of psychology and human functioning in the world today. In his 18th year on television and his 13th year of the Dr. Phil show, he has devoted his international platform to delivering common sense information to individuals and families seeking to improve their lives. Passionately pursuing such topics as family functioning, domestic violence, anti-bullying, addiction, and the myths of mental illness, he works tirelessly both on and off the air. Dr. Phil has carried his message from the senate chambers of Washington, D.C. to the suburbs and inner cities across America. Dr. Phil is the prolific author of seven number one New York Times best-sellers, published in 39 languages with nearly 30 million copies in print. He and Robin, his wife of 39 years and counting, along with their “wonder dog,” Maggie, reside in Southern California, as do their two sons, Jordan and Jay, along with daughter-in-law, Erica, and two grandchildren, Avery Elizabeth and London Phillip. 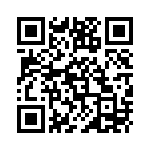