Heather O'Brien is a fiction author and no stranger to the creative arts. The great-great-granddaughter of world-renowned cellist Bruno Steindel of the Chicago Symphony Orchestra, Heather can trace her creative roots back to five generations of notable musicians, artists and toy makers. Her family tree contains the branches of many disciplines of the finer arts.

The Ties That Bind saga is her seven book romantic suspense saga set in the backdrop of the music business. It is a story of three families connected by secrets one man will kill to protect.

Heather is a member of several professional organizations, including the National Association of Professional Women and the Alliance of Independent Authors. She lives in California with her family and her dogs and has numerous hobbies. For further information, please visit www.tiesthatbindsaga.com. 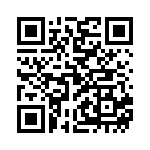