Born in Paris in 1859 of Jewish parents, Henri Bergson received his education there and subsequently taught at Angers and Clermont-Ferraud before returning to Paris. He was appointed professor of philosophy at the College de France in 1900 and elected a member of the French Academy in 1914. Bergson developed his philosophy by stressing the biological and evolutionary elements involved in thinking, reasoning, and creating. He saw the vitalistic dimension of the human species as being of the greatest importance. Bergson's writings were acclaimed not only in France and throughout the learned world. In 1927 he was awarded the Nobel Prize for literature. In defiance of the Nazis after their conquest of France, Bergson insisted on wearing a yellow star to show his solidarity with other French Jews. Shortly before his death in 1941, Bergson gave up all his positions and renounced his many honors in protest against the discrimination against Jews by the Nazis and the Vichy French regime. 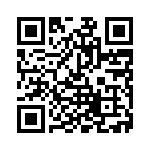