Anthony C. Thiselton is Emeritus Professor of Christian Theology, University of Nottingham, and Emeritus Professor of Christian Theology at the University of Chester. He is also a Fellow of King's College London, and a Fellow of the British Academy, and has served on the General Synod of the Church of England for 15 years and the Crown Nominations Commission for 10. He has taught in all parts of the world and is the author of 33 books, including The First Epistle to the Corinthians: A Commentary on the Greek Text (2000), and numerous other works including Interpreting God and the Postmodern Self (1995), A Concise Encyclopedia of the Philosophy of Religion (2002), and The Hermeneutics of Doctrine (2007). 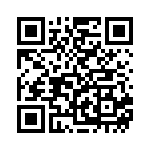