For me this was a pretty interesting read. It contained a lot of information about flaws in Evolution and quotations. Like every other Ray Comfort book you can see his wish for the Atheists to be saved and that's why this book is also filled with the Gospel, time and time again. Read full review

Ray Comfort is the best-selling author of more than 70 books, including, Hitler, God and the Bible (the book that sparked the award-winning movie 180), You Can Lead an Atheist to Evidence But You Can't Make Him Think, Nothing Created Everything and, The Evidence Bible. He also co-hosts a TV program with actor Kirk Cameron, which airs in 123 countries. 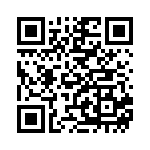