Lukas de Blois is Emeritus Professor of Ancient History at Radboud University at Nijmegen in The Netherlands. He published books and articles on the history of the Roman Empire in the third century AD, the history of the Late Roman Republic, ancient historiography (Sallust, Tacitus, Cassius Dio), Plutarch’s biographies, and Greek Sicily in the fourth century BC. He also published a manual, together with Bert van der Spek (L. de Blois & R.J. van der Spek, Introduction to the Ancient World 3rd edition, Routledge, forthcoming). 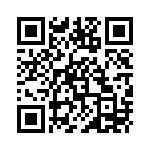