VIRAL SPIRAL: How the Commoners Built a Digital Republic of Their Own

Comprehensive report and analysis on the ways that activists, academics and artists are reshaping the Internet and pushing back against copyright monopolies.There is a transformation taking place in ... Read full review

David Bollier’s Viral Spiral is the first major history of the “digital commons” / “free culture” movement, and despite my many person disagreements with him and this movement, it is an excellent treatment of the topic. Bollier surveys this growing intellectual movement from its early open source days to the rise of the Creative Commons and on into the present. The cast of characters in this drama will be well-known to anyone involved in modern tech policy debates: Richard Stallman, Lawrence Lessig, Jonathan Zittrain, Yochai Benkler, et al.
There is absolutely no doubt that this intellectual movement is winning the war of ideas in cyberlaw front today. Personally, as a cyber-libertarian, I find myself occasionally at odds with these guys and this movement on a variety of policy issues, but that didn’t stop me from enjoying David Bollier’s treatment of this movement and these issues. It's certainly one of the 10 most important Internet policy books of 2009: http://techliberation.com/2009/12/19/the-10-most-important-info-tech-policy-books-of-2009/ 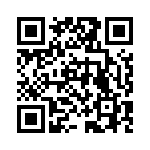