The start of the book had information about a down and out Vietnam vet who screws up in the worse way possible - he kills someone and then runs. It was very depressing, I guess well done, but not what ... Read full review

Gone South is a bit of a departure from Robert McCammon’s usual horror fare. The story is part adventure, part fantasy (at least hinted at), and strongly character centric. Dan Lambert is a Vietnam ... Read full review

One of the founders of the Horror Writers Association, Robert R. McCammon (b. 1952) is one of the country’s most accomplished authors of modern horror and historical fiction. Raised by his grandparents in Birmingham, Alabama, McCammon published his first novel, the Revelations-inspired Baal, when he was only twenty-six. His writings continued in a supernatural vein throughout the 1980s, producing such bestselling titles as Swan Song, The Wolf’s Hour, and Stinger.  In 1991 Boy’s Life won the World Fantasy Award for best novel. After his next novel, Gone South, McCammon took a break from writing to spend more time with his family. He did not publish another novel until 2002’s Speaks the Nightbird. Since then he has followed “fixer” Matthew Corbett in two sequels, The Queen of Bedlam and Mister Slaughter. His newest novel is The Five. McCammon and his family continue to live in Birmingham. 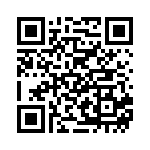