There is much to learn from in this short book and I know I've only scratched the surface. In a world of smartphones, Netflix, social media and everything else, I'm grateful for any clear headed thoughts that point me towards silence and contentment, rather than endless cycle of consuming. Read full review

Thomas Merton (1915-1968)....influential spiritual thinker of the 20th century...Trappist monk. Thoughts In Solitude is written from a monastic perspective, sharing the joys and insights of a solitary ... Read full review

Thomas Merton, a Trappist monk, is perhaps the foremost spiritual of the twentieth century. His diaries, social commentary, and spiritual writings continue to be widely read thirty years after his untimely death in 1968. 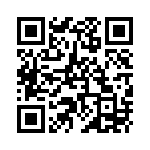