Review: This book, "Giant Steps to Change the World", is extremely inspirational. It shows that you do not have to be the best or be a certain type of person. You just need to be yourself and do whats ... Read full review

Review: This book was very inspirational to read. I personally understood what the reader was trying to get across but it might be a little confusing for younger children. The author is trying inspire ... Read full review

Spike Lee is one of the most prominent and influential media figures today. His films include the critically acclaimed School Daze; Academy Award nominee Do the Right Thing; Malcolm X; Clockers; and 25th Hour. Born in Atlanta, Spike attended Morehouse College and NYU's Tisch School of the Arts, where he earned his master of fine arts degree in film production. Spike and his wife are the authors of Please, Baby, Please, their first picture book with Simon & Schuster. They live in New York City with their two children.

Tonya Lewis Lee is a graduate of Sarah Lawrence College and the University of Virginia School of Law. As a children's television producer she has worked with Disney, Nickelodeon, and Noggin/The N, where she was the executive producer of the award-winning documentary I Sit Where I Want: The Legacy of Brown v. Board of Education and the critically acclaimed miniseries Miracle's Boys. She is also the author of Gotham Diaries, her first novel.

Sean Qualls’s work is a mixed media combination of painting, drawing, and collage. He has illustrated many picture books, including Before John Was a Jazz Giant, which received a Coretta Scott King Honor Award; ThePoet Slave of Cuba, a BCCB Blue Ribbon Book; Dizzy, an ALA Notable and a Kirkus Reviews, School Library Journal, and Child Magazine best book, as well as BCCB Ribbon Book and a Booklist Editor's Choice; and Emmanuel’s Dream, which was a Schneider Award winner and an Amazon Best Book of the Month. He lives in Brooklyn, New York. 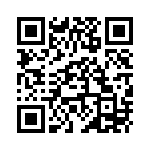