To judge the author by her work, Nieman seems well-read and well-studied. Too much seemed filtered through Kant. Generally a pretty big lean toward German philosophy, which isn’t bad in itself but it ... Read full review

A very informative read. Her presentation of Kant was very curious and interesting. However, her appeal to what Hume has/had really done is a bit dated and does not apply... IMHO. Well worth the read. Read full review

Susan Neiman is Director of the Einstein Forum, Potsdam. Her previous works include Slow Fire: Jewish Notes from Berlin and The Unity of Reason: Rereading Kant. Neiman studied philosophy at Harvard University and the Freie Universität-Berlin, and was Associate Professor of Philosophy at Yale University and Tel Aviv University. She is a member of the Berlin-Brandenburg Academy of Sciences. 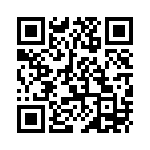