Donald Richie was born, in Lima, Ohio on April 17, 1924. During World War II, he served in the U.S. Maritime Service as a civilian typist. He explored Tokyo on foot and began to attend the movies, which he wrote about for Stars and Stripes and later for the Japan Times. He received a bachelor's degree in English from Columbia University in 1953 and then returned to Japan. In the late 1960s and early 1970s, he was a film curator at New York's Museum of Modern Art, but by 1973 he returned to live permanently in Japan. He wrote more than 50 books about all aspects of Japan including film, food, social customs, fables, gardens, temples, folk art, music, pop culture, tattoos and sexual mores. His works include The Inland Sea, Memoirs of the Warrior Kumagai, The Films of Akira Kurosawa, and Zen Inklings. He died on February 19, 2013 at the age of 88. 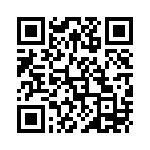