H. P. Willmott has written extensively on warfare in general and on World War II in particular. Among his books are The Last Century of Sea Power: From Port Arthur to Chanak, 1894–1922 (IUP, 2009) and The Battle of Leyte Gulf: The Last Fleet Action (IUP, 2005), a Society of Military History prize winner. 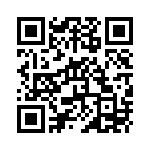