Wikipedia assures me that by the time Canterbury Tales was written, the frame story was a tried and true storytelling technique. If so, I really wish Chaucer had made better use of it - like actually ... Read full review

Writing a "review" of The Canterbury Tales is difficult, not because the book/collection isn't worthy of a review, but because it is so widely variant and has so many nuances to be discussed. For ... Read full review

V. A. Kolve is UCLA Foundation Professor of English, Emeritus. A Rhodes Scholar, he is the author of Chaucer and the Imagery of Narrative, winner of the James Russell Lowell Award and British Council Prize, The Play Called Corpus Christi, and the forthcoming Christ as Gardener and Pilgrim: A Study in Medieval Iconography.

Glending Olson is Professor Emeritus of English, Cleveland State University. He is the author of Literature as Recreation in the Later Middle Ages. 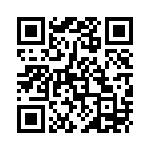