John Stuart Mill, Classical economist, was born in 1806. His father was the Ricardian economist, James Mill. John Stuart Mill's writings on economics and philosophy were prodigious. His "Principles of Political Economy, With Some of Their Applications to Social Philosophy," published in 1848, was the leading economics textbook of the English-speaking world during the second half of the 19th century. Some of Mill's other works include "Considerations on Representative Government," "Auguste Comte and Positivism," "The Subjection of Women," and "Three Essays on Religion." John Mill died in 1873.

Joseph Hamburger (1922-1997) was the Pelatiah Perit Professor Emeritus of Political and Social Science at Yale University. He was a leading authority on 19th-century British intellectual history and political theory and wrote books on James Mill and the Art of Revolution, Intellectuals in Politics, and Macaulay and the Whig Tradition. 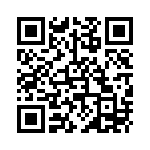