The philosophy of Michael Oakeshott

Oakeshott (1901-90) was professor of political science at the London School of Economics, and his general reputation is as a conservative political philosopher. Nardin (political science, Univ. of ... Read full review

Terry Nardin is Professor of Political Science at the University of Wisconsin-Milwaukee. He is author of Law, Morality, and the Relations of States (1983) and the editor of several other volumes. 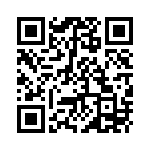