J. Neil Schulman’s arguments for gun ownership are compelling. He has produced some of the most cogent summaries of the issue that I have encountered. Most of the book’s content is accumulated from ... Read full review

Very good read. If this book does not light you on fire about your rights and why they should NOT be taken away. Nothing will. 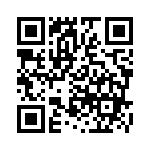