Tara McPherson is Associate Professor in the School of Cinematic Arts at the University of Southern California. 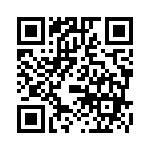