Paul Jones previously authored The British Isles: A Trivia Gazetteer, a book on the origins of British place names. He is a journalist, magazine publisher and is currently studying at the Royal School of Music. 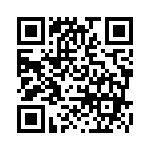