Jean Piaget, 1896-1980 Jean Piaget, a Swiss psychologist, whose original training was in the natural sciences, spent much of his career studying the psychological development of children, largely at the Institut J.J. Rousseau at the University of Geneva, but also at home, with his own children as subjects. The impact of this research on child psychology has been enormous, and Piaget is the starting point for those seeking to learn how children view numbers, how they think of cause-and-effect relationships, or how they make moral judgments. Piaget found that cognitive development from infancy to adolescence invariably proceeds in four major stages from infancy to adolescence: sensory-motor, preoperational, concrete operational, and formal operational. Each of these stages is marked by the development of cognitive structures, making possible the solution of problems that were impossible earlier and laying the foundation for the cognitive advances of the next stage. He showed that rational adult thinking is the culmination of an extensive process that begins with elementary sensory experiences and unfolds gradually until the individual is capable of dealing with imagined concepts, that is, abstract thought. By learning how children comprehend the world and how their intellectual processes mature, Piaget contributed much to the theory of knowledge as an active process in which the mind transforms reality. Put simply, Piaget described children from a perspective that no one had seen before. 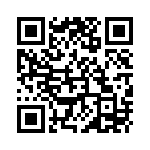