THE MIRACLES OF EXODUS: A Scientist's Discovery of the Extraordinary Natural Causes of the Biblical Stories

Manna from heaven? A plague of toads? A Red Sea parted in twain? Miracle, schmiracle. Let science explain.Weird things were afoot back in Egypt land 3,000 years ago: once old Moses got it into his ... Read full review

I like math. I like science. And I like the Bible. So this book is just perfect for me; it’s by a serious scientist from Cambridge University, England, and it’s about a really serious study of a ... Read full review

Colin Humpreys is a renowned Cambridge University physicist who has received considerable publicity for his ideas and research, which span many fields from computer chips to microprinting, eternal lightbulbs, and computer chips in the brain. His passion for more than 20 years has been examining the Bible in the light of science, and he is expert not only in physics but chemistry, astronomy, and geology. He is president of the Institute of Materials and Goldsmiths' Professor of Materials Science and head of the Rolls Royce University Technology Centre at Cambridge University, and chair of Christians in Science for the United Kingdom. He was recently honored by the Queen with the title of Commander, Order of the British Empire, for services to science research and communication. 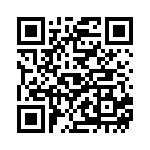