Called the best guidebook ever written, Forster's homage to Alexandria is at once informative, evocative, and nostalgic. The first half of the book is a series of vignettes on various moments and ... Read full review 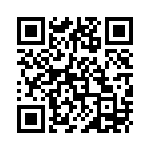