Ron Goldman is a researcher at Sun Microsystems Laboratories in California working on alternative software development methodologies and new software architectures inspired by biology. He has been working with open source since hacking on GDB at Lucid, Inc. back in 1992. Since 1998 he has been helping groups at Sun Microsystems understand open source and advising them on how to build successful communities around their open source projects.
Prior to Sun he developed a program to generate and manipulate visual representations of complex data for use by social scientists as part of a collaboration between NYNEX Science & Technology and the Institute for Research on Learning. He has worked on programming language design, programming environments, user interface design, and data visualization. He has a PhD in computer science from Stanford University where he was a member of the robotics group.

Richard P. Gabriel received a PhD in Computer Science from Stanford University in 1981, and an MFA in Poetry from Warren Wilson College in 1998. He has been a researcher at Stanford University, company president and Chief Technical Officer at Lucid, Inc., vice president of Development at ParcPlace-Digitalk, a management consultant for several startups and Sun Microsystems, and Consulting Professor of Computer Science at Stanford University.
He currently is a Distinguished Engineer and principal investigator of a small research group at Sun Laboratories, researching the architecture, design, and implementation of extraordinarily large, self-sustaining systems as well as development techniques for building them. He is one of Sun's open source experts, advising the company on community-based strategies. He is also President of the Hillside Group, a nonprofit that nurtures the software patterns community by holding conferences, publishing books, and awarding scholarships.
He is an ACM Fellow, has been a finalist in several poetry manuscript contests, including the National Poetry Series book prize, and has won the Texas Instruments Excellence in Technical Communications Award, the Northeastern University Outstanding Alumni Award, the ACM SIGPLAN Distinguished Service Award, and the ACM/AAAI Allen Newell Award.
From the press release for the 2004 Allen Newell award from the Association of Computing Machinery (ACM):
"A man of remarkable breadth and challenging intellect, Richard Gabriel has had a remarkable influence not only on fundamental issues in programming languages and software design but also on the interaction between computer science and other disciplines, notably architecture and poetry. Dr. Gabriel's background spans industry and academia, technology and humanities, introspection and application. He stretches the imagination of computer scientists with ideas and innovations from other fields and thus his role in shaping the growth and impact of obj

Trish and Chris Meyer are principals in Crish Design (formerly known as CyberMotion), an award-winning motion graphic design studio. The Meyers are authors of the well-known reference book Creating Motion Graphics with After Effects, considered the bible in its field, as well as the best-selling introductory After Effects/motion graphics book, After Effects Apprentice. They teach motion graphics at numerous events around the country. Crish Design has done work for NBC, ABC, HBO, Fox, TLC, New Line, and Paramount, plus corporations ranging from Apple to Xerox. 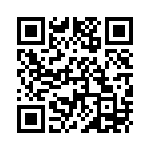