Thomas E. Woods Jr., Ph.D., is the New York Times bestselling author of Meltdown and The Politically Incorrect Guide to American History, among other books. He holds a bachelor’s degree in history from Harvard, a master’s in economics from the University of Detroit Mercy, and a Ph.D. in history from Columbia University. A recipient of the Templeton Enterprise Award and the O. P. Alford III Prize for Libertarian Scholarship, he is a senior fellow at the Ludwig von Mises Institute. 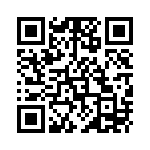