Ankur Patel is a web and mobile application developer specializing in iOS, with a passion for making innovative consumer applications. Ankur is a generalist who has worked with a variety of programming languages, such as Objective-C, Ruby, JavaScript, Swift, Java, and C. He has held multiple roles in firms both big and small, including IBM, Oracle, Goldman Sachs, Bloomberg, Shutterstock, and MyTime. He is also the author of the book Learning Swift - Building an iOS Game, which teaches readers how to build an iOS game and publish it to the App Store. 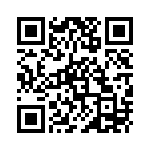