There is a caption below one of his most eminent cavalry general sardar Gurmukh Singh Lamba Izat-i- Sardari, who was wounded fifteen times.His potrait painting is displayed at"Central Musum Lahore"at serial D-40 and the caption displayed below read as
........"His popularity in occured the enmity of the* Main brothers.Who by their influnce over the Ranjit Singh reduced Gurmukh Singh powers. On death bed Ranjit Singh is said to have realised the wrong done to his faithful follower and commissioned his son Kharak Singh to restore his former Jagirs"
......Another similair reference is also available in the bookChief of Punjab by Sir Henery Lepel Griffen page 38......" Onhis death bed the Maharaja feeling some what remose for his shameless ingratitudy and ordered his son Kharak to restore sardar power and wealth.".
2.This some what have been left by the Sikh history historians.It is a unparallel example in the history where an empire on death bed so concerened about his fellow men.This great character qality of the Maharaja has not been highlighted as per the caption avaible the Central Museum Lahore.
*Main brother reffered to Dogra Raja's Dhain and Gulalab Singh. Sardar defeated their father Main Kishora Singh and was not cooperating with the Dogra Raja's on issues againest Sarkar Khalsa. At one time sardar annual Jagirs were over 3.5 lac of Rupees.

Page 264 - ... words in Persian characters. VII. A large number of glossaries and dictionaries of technical terms have also been prepared and published from time to time by various individuals and institutions. The first work on the subject, viz. Handbook of the Economic products and of the manufactures and arts of the Punjab (with a combined index and glossary of technical vernacular words) in two volumes, by BH Baden-Powell, was produced in 1868 from Roorkee and reproduced in 1872 from Lahore.
Appears in 20 books from 1871-2003

Christopher Alan Bayly was born on May 18, 1945 in Tunbridge Wells, Kent, United Kingdom. He graduated from St Antony's College. He was the pre-eminent historian of India and the British Empire and a pioneer of the field of global history. He wrote numerous books during his lifetime including The Local Roots of Indian Politics; Rulers, Townsmen and Bazaars; Indian Society and the Making of the British Empire; Imperial Meridian; Empire and Information; The Origins of Nationality in South Asia; The Birth of the Modern World; and Recovering Liberties. In 2005, he received the Wolfson prize for history for his entire body of work. In 2007, he was the first scholar to be knighted "for services to history outside of Europe." He died of a heart attack on April 18, 2015 at the age of 69. 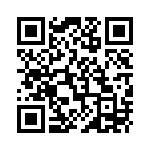