Holly M. Barker began her work with the Marshallese when she served as a Peace Corps volunteer from 1988 to 1990 on Mili Atoll in the Republic of the Marshall Islands (RMI). After a brief stint with the Senate Foreign Relations Committee on Capitol Hill, Holly joined the RMI's embassy in Washington, D.C., where she was employed until 2008. While working full-time at the embassy in Washington, D.C., Holly earned an M.A. in Education and a Ph.D. in Anthropology from American University. Holly has represented the RMI at community, national, bilateral, and international forums, including conferences at the United Nations on such topics such as the extension of the Nuclear Non-Proliferation Treaty. She currently resides with her family in Seattle, Washington, and is a full-time lecturer in the Anthropology Department at the University of Washington. 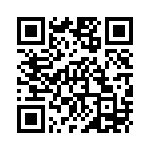