BRENDA AYRES is Professor of English at Middle Georgia College. Her previous books include Dissenting Women in Dickens' Novels: The Subversion of Domestic Ideology (Greenwood, 1998). 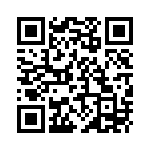