Fidel Toldra holds a PhD in Chemistry (1984) and is Research Professor at the Instituto de Agroquimica y Tecnologia de Alimentos (CSIC) located in Paterna (Valencia, Spain) where he leaders the group on Biochemistry, technology and innovation of meat and meat products. He was a Fulbright postdoctoral scholar at Purdue University (West Lafayette, Indiana, 1985-86) and visiting scientist at the University of Wisconsin (Madison, Wisconsin, 1991 and 1995), and the Institute of Food Research (Bristol, UK, 1987). Prof. Toldra has filed 11 patents, published over 285 manuscripts in scientific journals and 125 chapters of books. He holds in 2017 an h index of 49. His research interests are focused on food biochemistry and the development of new analytical methodologies, focusing on the improvement of quality, safety, nutrition and health of foods of animal origin, especially meat and meat products. Prof. Toldra is the European Editor of Trends in Food Science and Technology (2005-current) and Associate Editor of Meat Science (2014-current); he was Editor-in-Chief of Current Nutrition & Food Science and section Editor of the Journal of Muscle Foods. He is a member of the Editorial Boards of Food Chemistry, Current Opinion in Food Science, Journal of Food Engineering, Food Analytical Methods, Journal of Food and Nutrition Research, Recent Patents in Agriculture, Food and Nutrition, The Open Nutrition Journal, Food Science & Nutrition, International Journal of Molecular Sciences and Food Science & Human Wellness. He has edited/Co-edited more than 40 books for known publishers (CRC Press, Springer, Wiley-Blackwell, Academic Press and Elsevier). He is one of the 3 Editors-in-Chief of the Encyclopedia of Food and Health, published in September 2015 by Academic Press/Elsevier. Prof. Toldra has received the Iber Award on Food and Cardiovascular Diseases, the 2001 Danone Institute Award in Food, Nutrition and Health, the 2002 International Prize for Meat Science and Technology given by the International Meat Secretariat, the 2002 GEA award on R+D activity in agro-food, the 2010 Distinguished Research Award and the 2014 Meat processing Award, both of the American Meat Science Association and the 2015 Dupont Science Award. He is a Fellow of the International Academy of Food Science and Technology (IAFOST) and a Fellow of the Institute of Food Technologists (IFT). Prof. Toldra served at Panels on Food Additives and on Flavorings, enzymes, processing aids and food contact materials of the European Food Safety Authority (EFSA, 2003-15) and Chairman of the Working groups on Irradiation (2009-10), Processing Aids (2011-14) and Enzymes (2010-15). In 2008-09 he joined the FAO/WHO group of experts to evaluate chlorine-based disinfectants in the processing of foods. 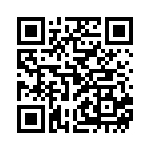