Jamie Court is president of Consumer Watchdog, an award-winning, nationally recognized consumer advocate. He is also the author of Corporateering: How Corporate Power Steals Your Personal Freedom…And What You Can Do about It and coauthor of Making A Killing: HMOs and the Threat To Your Health. Court helped pioneer the HMO patients' rights movement in the United States, sponsoring successful laws in California and aiding them elsewhere. He has also led major corporate campaigns to reform insurers, banks, oil companies, utilities and political practices. He is a regular commentator on National Public Radio's "Marketplace" program and on the Los Angeles Times op-ed page. He currently resides in the Los Angeles area. 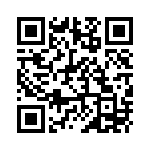