This lengthy book provides a good introduction to the many hard passages and sayings of the Bible in a manner that makes it simple to understand the opposing viewpoints of the passage. This book was ... Read full review

Fantastic printed resource for anyone who is serious about truly understanding God's Word, what He means, and how this can affect us. I already have this book but recently purchased it as a gift for a ... Read full review

Peter H. Davids is a professor of Christianity at Houston Baptist University and part-time professor at Houston Graduate School of Theology. He has taught biblical studies at Regent College (Vancouver, British Columbia) and Canadian Theological Seminary (Regina, Saskatchewan), and he continues to teach in theological schools in Europe. He is the author of commentaries on James and 1 Peter.

F. F. Bruce (1910–1990) was Rylands Professor of Biblical Criticism and Exegesis at the University of Manchester in England. During his distinguished career, he wrote more than forty bestselling commentaries and books, including A Mind for What Matters and Paul, Apostle of the Heart Set Free. He also served as general editor of The New International Commentary on the New Testament.

Manfred T. Brauch (Ph.D., McMaster University) is retired professor of biblical theology and past president of Palmer Theological Seminary of Eastern University in Philadelphia, Pennsylvania. He is the author of Set Free to Be: A Study in Romans, and Hard Sayings of Paul, and a contributor to Hard Sayings of the Bible. Since 2004, Brauch and his wife have done long-term volunteer work in medical missions and theological education in Chile, Russia and Cameroon, West Africa. 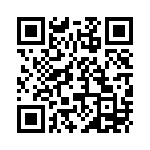