Over the last 40 years, Jonathan Dancy has become one of his generation's most influential moral philosophers. He has authored five books and edited or co-edited five others. His work has shaped developments in metaethics, normative ethics, and the philosophy of action. In this volume, an internationally-renowned cast of contributors get to grips with these developments. In the course of his distinguished career, Dancy has held permanent posts at Keele, Reading, and Texas, and visiting appointments at a number of universities, including Pittsburgh and Oxford.

David Bakhurst is John and Ella G. Charlton Professor of Philosophy at Queen's University, Canada. He is the author of Consciousness and Revolution in Soviet Philosophy (CUP, 1991) and The Formation of Reason (Wiley-Blackwell, 2011), and co-editor of The Social Self (with Christine Sypnowich; Sage, 1995) and Jerome Bruner: Language, Culture, Self (with Stuart Shanker; Sage, 2001).

Brad Hooker is Professor of Philosophy at the University of Reading. He is the author of Ideal Code, Real World (OUP, 2000), and editor of Developing Deontology (Wiley-Blackwell, 2012); Truth in Ethics (Blackwell, 1996); and Rationality, Rules, and Utility: New Essays on the Moral Philosophy of Richard Brandt (Westview Press, 1993). He has also co-edited several volumes, including Moral Particularism (with Margaret Olivia Little; OUP, 2000) and Well-Being and Morality: Essays in Honour of James Griffin (with Roger Crisp; OUP, 2000). 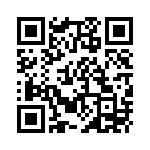